Adverse conditions in space can cause problems in radio telecommunications, navigation problems, electric power failure, satellites failure, danger to astronaut health. Solar Energetic Particles (SEPs) can penetrate the shield of the geomagnetic field and enter the ionosphere. SEPs penetrate more easily via the areas near the poles of the geomagnetic field than via the equator. Satellites on high-gradient LEO orbits can be vulnerable to SEPs as well as the International Space Station. SEPs can also influence the propagation of signals between Earth and satellites. Protons of 1-100 MeV cause increased ionization which absorbs radio waves at HF and VHF frequency bands, resulting in telecommunication problems and navigation errors. In addition, high-energy protons are dangerous to astronauts' health. SEPs reach at aviation heights and pose a threat for human health since the radiation dose received may be increased. This applies in particular to high latitudes and polar routes. For commercial aviation, there is a risk for 'frequent flyers' and the crew. Therefore, it is necessary to forecast the solar storms and their impacts in a timely manner, which is carried out by the NOA Space Weather Operational Unit.

The HESPERIA REleASE tool provides real-time predictions of 30-50 MeV solar energetic protons in the Geospace. It is based on observations of electrons moving at the speed of light crossing the Sun-Earth distance in a few tens of minutes and being collected by the sentinel SOHO/ACE near-Earth spaceships as precursors of protons arriving 30-90 minutes later. This tool provides more complete predictions than others based solely on observations of solar flares in the visible hemisphere of the Sun. The HESPERIA UMASEP-500 tool provides real-time predictions of events detected on the ground by very high-energy protons (> 500 MeV). The tool provides more timely forecasts than neutron monitors on the ground and is based solely on space data. The forecasts are available through the NOA website (http://www.hesperia.astro.noa.gr). The HESPERIA tools were selected by NASA as a top priority internationally to be included in the emulation of manned missions to the Moon and Mars.

More details can be found at:
https://www.hesperia.astro.noa.gr/index.php/results/real-time-prediction-tools 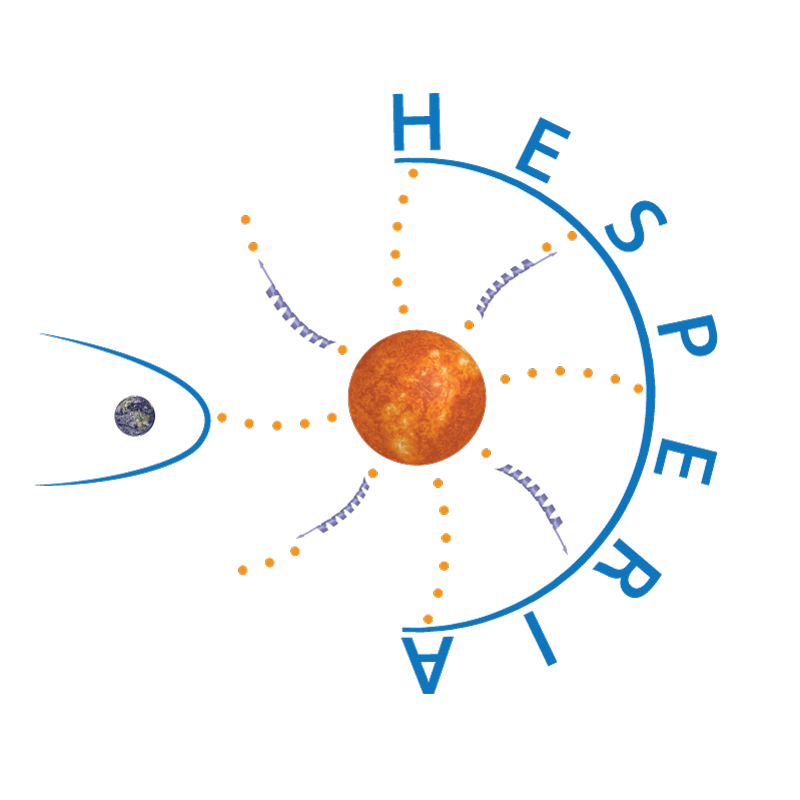